Catalysis is the process of increasing the rate of a chemical reaction by using a catalyst. Catalysts are not consumed in the reaction and thus remain unaffected by it. Often, only a trace amount of catalyst is required. Catalysts generally react with one or more reactants to form intermediates that then give the final reaction product, regenerating the catalyst in the process.

•    Chemo-enzymatic Catalyst
•    Synthetic Chemistry
•    Quantum Chemistry
•    Organocatalysis
•    Enzyme Catalysis
•    Zeolites
•    Femtochemistry
•    Angiogenesis
Market Analysis: The catalyst market was worth $28,567 million in 2017 and is expected to be worth $40,000 million by 2022, growing at a CAGR of 4.8 percent. Catalysts change the rate of a chemical reaction by lowering or raising the process's activation energy. For More Details:https://advanced-materialsscience.peersalleyconferences.com/tracks/synthesis-and-catalysis 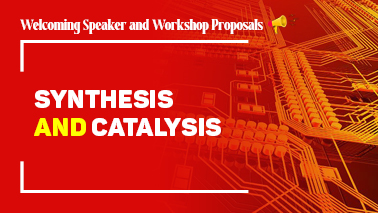